Know and Understand Your Insurance

Self pay, co-payment, deductible and co-insurance payments are expected at time of service. The amount owed is based on the information provided to us by you and your insurance company at the time of verification. We allow sixty (60) days for payment of these services. If you anticipate payment problems, please contact our Billing Department at (864) 451-5095. If your plan reimburses you directly, your paid office encounter bill may be used as a claim form. 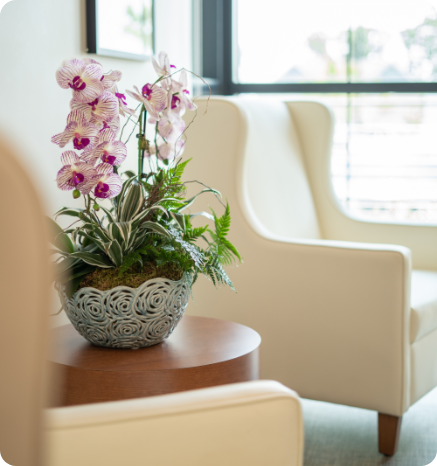 We may contact you with an estimate of your financial responsibility prior to your procedure based on our insurance verification. Depending on your coverage, you may receive the following bills once insurance has processed:

Fee paid to physician for performing services. This statement will be from Gastroenterology Associates.

You can expect a separate bill from the laboratory or pathologist if you had a biopsy or a polyp removed. Greenville Endoscopy Center sends its pathology specimens to Pathology Consultants or Upstate Pathology.

The facility in which you have the procedure performed will send you a separate bill. We suggest contacting your insurance to ensure your scheduled facility is in network. Some insurance plans have facility copayments that range from $200-$400.

Facilities used by our providers:

Our offices accept Visa, Mastercard, Discover, American Express, Cash, Check, Health Savings Accounts, and Flexible Spending Accounts. You may pay in our offices, by phone or pay on our patient portal. We allow sixty (60) days for payment for these services. If you anticipate payment problems, please contact our Billing Department at (864) 451-5095.

We will submit primary, secondary, and tertiary claims on your behalf as long as the needed information is provided before your visit. As the patient, it is important to understand your health care coverage prior to scheduling an appointment.

We accept the following insurance plans:

Gastroenterology Associates is a participant in the following Accountable Care Organizations (ACO):

The No Surprises Act protects people covered under group and individual health plans from receiving surprise medical bills when they receive most emergency services, non-emergency services from out-of-network providers at in-network facilities, and services from out-of-network air ambulance service providers. It also establishes an independent dispute resolution process for payment disputes between plans and providers, and provides new dispute resolution opportunities for uninsured and self-pay individuals when they receive a medical bill that is substantially greater than the good faith estimate they get from the provider.

Starting in 2022, there are new protections that prevent surprise medical bills. If you have private health insurance, these new protections ban the most common types of surprise bills. If you’re uninsured or you decide not to use your health insurance for a service, under these protections, you can often get a good faith estimate of the cost of your care up front, before your visit. If you disagree with your bill, you may be able to dispute the charges. Here’s what you need to know about your new rights.

What are surprise medical bills?

What are the new protections if I have health insurance?

If you get health coverage through your employer, a Health Insurance Marketplace®, 1 or an individual health insurance plan you purchase directly from an insurance company, these new rules will:

If you don’t have insurance or you self-pay for care, in most cases, these new rules make sure you can get a good faith estimate of how much your care will cost before you receive it.

What if I’m charged more than my good faith estimate?

For services provided in 2022, you can dispute a medical bill if your final charges are at least $400 higher than your good faith estimate and you file your dispute claim within 120 days of the date on your bill.

What if I do not have insurance from an employer, a Marketplace, or an individual plan? Do these new protections apply to me?

Some health insurance coverage programs already have protections against surprise medical bills. If you have coverage through Medicare, Medicaid, or TRICARE, or receive care through the Indian Health Services or Veterans Health Administration, you don’t need to worry because you’re already protected against surprise medical bills from providers and facilities that participate in these programs.

What if my state has a surprise billing law?

The No Surprises Act supplements state surprise billing laws; it does not supplant them. The No Surprises Act instead creates a “floor” for consumer protections against surprise bills from out-of-network providers and related higher cost-sharing responsibility for patients. So as a general matter, as long as a state’s surprise billing law provides at least the same level of consumer protections against surprise bills and higher cost-sharing as does the No Surprises Act and its implementing regulations, the state law generally will apply. For example, if your state operates its own patient-provider dispute resolution process that determines appropriate payment rates for self-pay consumers and Health and Human Services (HHS) has determined that the state’s process meets or exceeds the minimum requirements under the federal patient-provider dispute resolution process, then HHS will defer to the state process and would not accept such disputes into the Federal process.

Where can I learn more?

Gastroenterology Associates offers discounted rates for those who do not have health insurance, who are underinsured, or who wish to pay without filing for insurance coverage. We request that payment be made in full at the time of service.

More About Our Portal